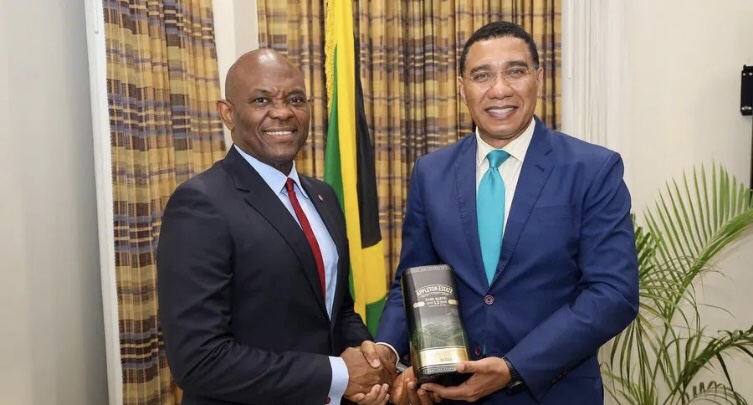 In a tweet on his verified Twitter handle on Sunday, Prime Minister Holness cited his meeting on Friday with the Nigerian businessman Elumelu and other successful entrepreneurs in Africa as fruitful. He added that the meeting is expected to usher in investments in the various sectors of the economy.

”In our discussions, we observed that there is always great desire and aspiration to strengthen the bonds and connection between Africa and the Caribbean in all areas, especially trade & investment. We lamented, however, that we haven’t been able to move far beyond ideas and words.”

“Through our actions, that is about to change. A new breed of African capitalists, entrepreneurs and business minds, who are conscious of our history and the current circumstances of our people, is emerging.”

“They are committed not only to doing, well but equally to doing good; to create and share prosperity.”

Tony and I discussed opportunities and prospects for investments in the Jamaican Financial Sector, Tourism and Hospitality, Energy, Logistics and Global Services, Agribusiness, Healthcare, and the Film Industry.

”We will also be collaborating on extending the Tony Elumelu Foundation Youth Entrepreneurship Programme to Jamaica.”

”The Foundation has given financial and technical support to young entrepreneurs all over the African Continent.”

Who is Anthony ‘Tony’ Onyemaechi Elumelu?

Elumelu lives in Lagos, Nigeria. He was raised in Jos in a loving family and today, he is the Chairman and Founder of Heirs Holdings, a family-owned investment company dedicated to transforming Africa and improving lives. He is also the founder of the Tony Elumelu Foundation, which empowers African entrepreneurs.

(Early Life 1963-1993) Education and the Beginning of Entrepreneurship

Tony began his career as a copier salesman. His career in banking has spanned a wide range of positions from analyst to CEO of pan-African financial services group, United Bank for Africa.

Following his retirement from banking in 2010, Tony began his next chapter as an investor and philanthropist, channelling his passion, dedication, and commitment toward realizing the African continent’s development. Tony’s investments span a wide range of sectors and include investments in 20 African countries and beyond.

After earning his Master’s degree in Economics from the University of Lagos, Tony applied to Allstates Trust Bank, despite not meeting the qualification criteria.

Fortunately, the CEO of the bank saw his application letter and handpicked him to interview. The job was subsequently offered to him.

At age 26, Tony was offered the opportunity of a lifetime to become a branch manager at AllStates Trust Bank, making him the youngest bank branch manager in the country at the time. It was this opportunity that influenced the direction of his life, driving him to give young employees the same opportunity he received. His success in this role ignited his passion for investing in the lives of young people.

In achieving the seemingly impossible, Tony’s accomplishments became public. At the time, he was relatively unknown in the Nigerian banking industry when he acquired a distressed financial institution, Crystal Bank, and became its CEO; a decision that earned him and his colleagues an endearing nickname – “the cowboys of banking”.

At 34 – and Nigeria’s youngest banking CEO – he renamed the struggling bank Standard Trust Bank (STB) and pursued an aggressive strategy that catapulted STB from obscurity into becoming Nigeria’s fifth-largest bank within a matter of 7 years.

Tony made history again in 2005 when he led the largest merger in sub-Saharan Africa at the time, merging Standard Trust Bank Plc with the older, more established United Bank for Africa (UBA), Nigeria’s third-largest financial services institution at the time.

In less than 10 years during his tenure at UBA, the institution went from a single-country to a pan-African institution with over a million customers, operations in 20 countries, and offices in Paris, London, and New York.

As a result of this action, he became known as a business turnaround expert and one of Africa’s most influential business leaders.

Following his success at UBA, Tony in 2010 left the company to replicate his turnaround across various industries. With his knowledge, expertise, and understanding of the economic opportunities in Africa, he founded Heirs Holdings (HH) in 2010.

Heirs Holdings is a family-owned African investment company dedicated to improving lives and transforming Africa through long-term investments in critical sectors of the African economy, such as financial services, hospitality, power, energy, and technology.

More than 30,000 people are employed by HH and its investee companies in Africa, while thousands more are empowered.

As part of Tony’s commitment to the youth as catalysts of Africa’s transformation, he established the Tony Elumelu Foundation (TEF) in the same year.

In recent years, the Tony Elumelu Foundation has become a symbol of sustainable development in Africa and a leading champion of youth entrepreneurship.

Founded in 2008, the Foundation has funded just under 10,000 entrepreneurs and built a digital ecosystem of over one million Africans.

Tony’s businesses and Foundation are inspired by his economic philosophy of Africapitalism, in which the private sector, and most importantly, entrepreneurs, are positioned as the catalyst for the development of Africa.

The Foundation’s mandate is galvanized by his presentations at public and private events and as a member of global, regional, and local councils and committees that address sector-specific issues.

Among the boards are the Global Advisory Council of the Harvard Kennedy School’s Centre for Public Leadership, the World Economic Forum’s Community of Chairmen, and UNICEF’s Generation Unlimited.

It was reported that he has been named in the Time 100 Most Influential People of the World and honoured with Belgium’s highest national honour in recognition of his business leadership and economic empowerment of young Africans. 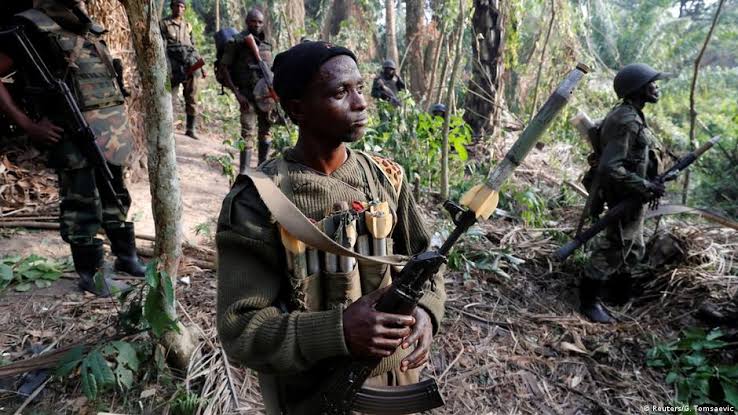 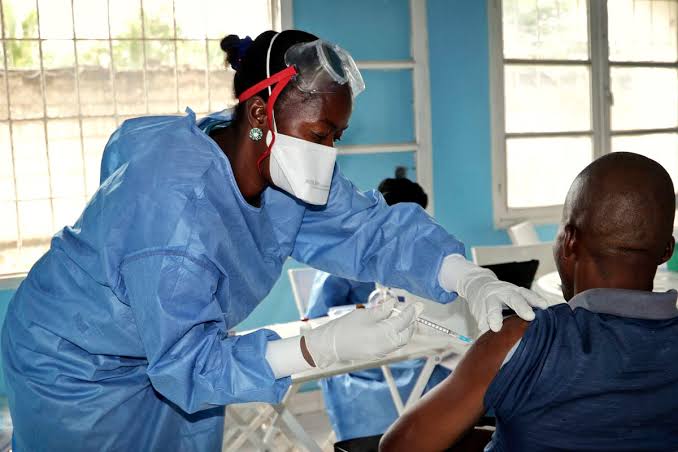