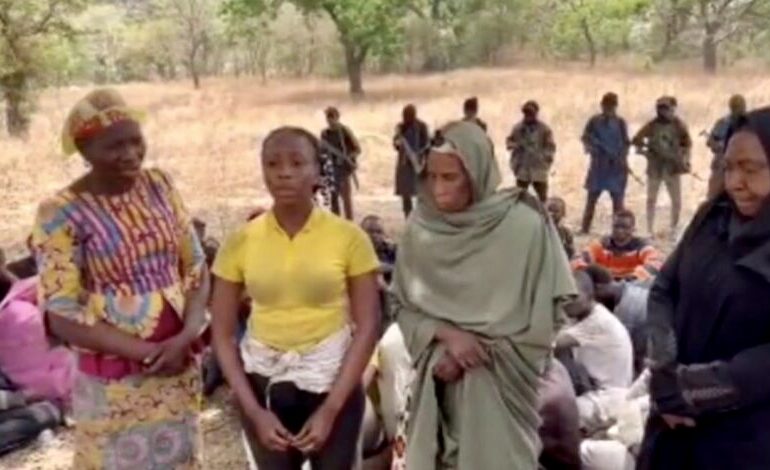 Another video have been obtained from the Kaduna train attack on March 28 showing victims pleading with the government to intervene, surrounded by their armed abductors in a vast expanse of forest.

In the most recent clips, which differs significantly from the one released a week ago as AEM reported, about 15 terrorists are lined horizontally behind their captives, holding rifles and dressed in non-combat gear, with turbans covering their faces.

The latest video appears to have been shot concurrently with the previous one, as Alwan Ali-Hassan, the Managing Director of the Bank of Agriculture who appeared in both videos, has since been released by the abductors.

“We are the train passengers that left Abuja for Kaduna on the 27th of March, 2022,” one of the captives says.

“On our way, we were attacked and abducted. And between that time and now, only we know the kind of condition we have been in. There are mothers and toddlers amongst us. There are old, sickly people. Many of us are sick. We are in a very difficult and painful situation.  And so we are calling on our friends and families, and the government too, to do something urgently.”

The camera moves away from the man as he speaks, with AlwanAli-Hassan to his right and another captive to his left, and focuses on other abductors sitting or lying down behind him.

In the second video, four women are lined up: a student named Lois John, who is studying Agriculture at Kaduna State University and spoke on behalf of the women, two middle-aged women, and an older woman.

Gladys, an ex-staff member of the Defense Industry in Kaduna, was identified as one of the middle-aged women. She urged the government to listen to their kidnappers.

While the previous video showed the terrorists speaking, the two new videos show only the captives speaking and pleading with the government.

However, Samuel Aruwan Commissioner, Ministry of Internal Security and Home Affairs, Kaduna State, said the government is unaware of the viral video.

Saying, he is awaiting feedback from security agencies on operations being conducted across various locations of interest.  He adds that as soon as precise operational feedback is received, updates will be provided to the media and citizens. 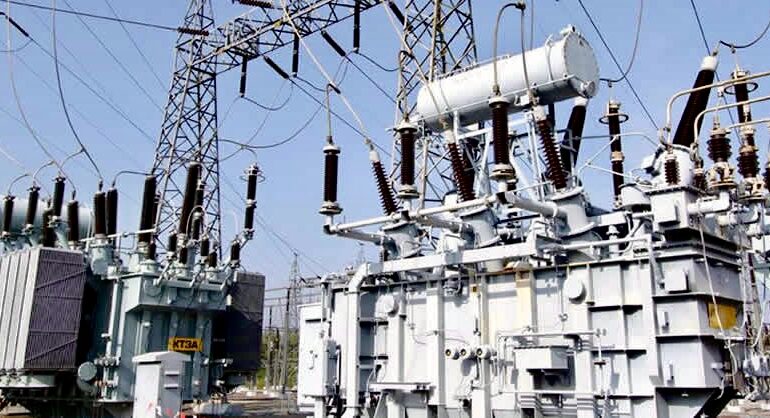 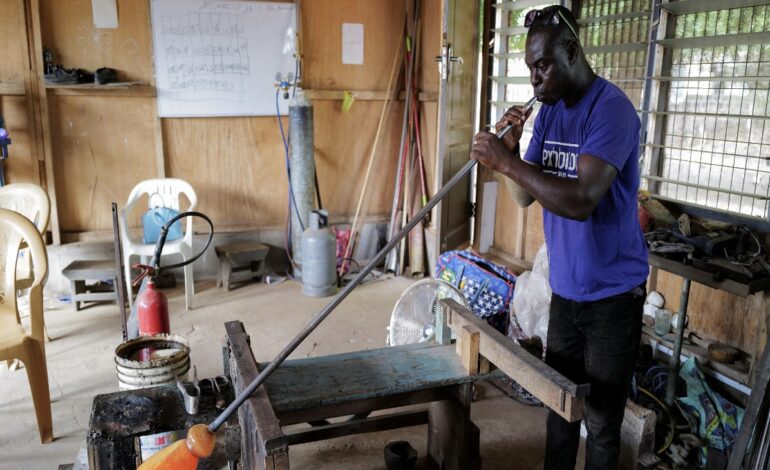