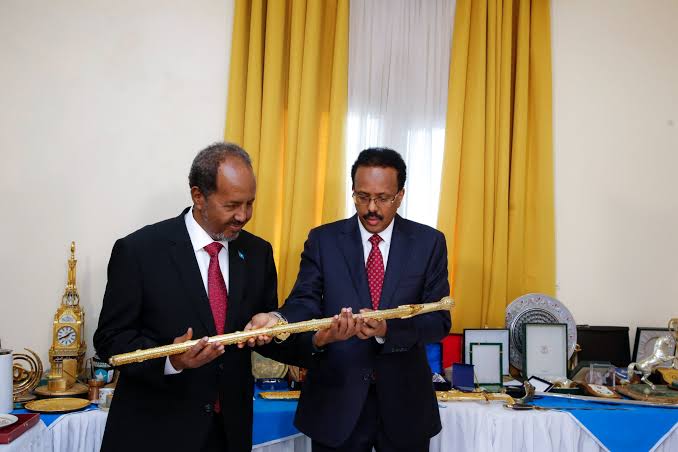 Somalia’s tenth President Hassan Sheikh Mohamud, voted in days ago, has taken over the presidency from his predecessor Mohamed Abdullahi Farmaajo in a handover ceremony at the Villa Somalia (presidential palace) in Mogadishu.

In attendance at the event were the speakers and deputy speakers of Somalia’s bicameral parliament (Lower and Upper Houses), MPs and senators, ministers of the caretaker government, representatives of civil servants among other invited guests.

In a brief speech, President Farmaajo noted that he had handed over several presidential files containing, among others, details of Somali troops in Eritrea.

“I have handed over details of 5,000 Somali cadets that completed training in Eritrea and will be repatriated by the new government,” he said.

“We postponed their repatriation last year due to the prevailing political situation,” he added.

The soldiers are expected to join in the fight against the Al Shabaab militant group that had stepped up attacks ahead of the elections.

“Today is a historic day that we should always remember. The outgoing president handed me over the office peacefully,” Mohamud said.

He added, “as the president said, I request all Somali people wherever they are to support me. I also ask you for your full confidence.”

As reported earlier, Mohamud beat Farmaajo in the election held on May 15, garnering 214 votes against the latter’s 110 votes in the third round.

The new president is expected to deal with the al-Shabaab threat, rebuild national institutions and economic reforms and see the birth of a new constitution that will define the roles, functions and procedures of government.

“We had done a lot of work on resource sharing, airspace control, election act, and similar legal and economic initiatives, hoping that further improvements will be done by your new administration,” Farmaajo told his successor on Monday.

On his part, Mohamud called Farmaajo a ‘Somali elder’ who could contribute his wealth of experience.

“I am sure we are going to have President Farmaajo around, trusting that we will benefit from consulting with him as long as needs emerge,” the new Somalia president remarked.

Mohamud made history as the first Somalia president to win a second term. His first presidency was from 2012 to 2017. 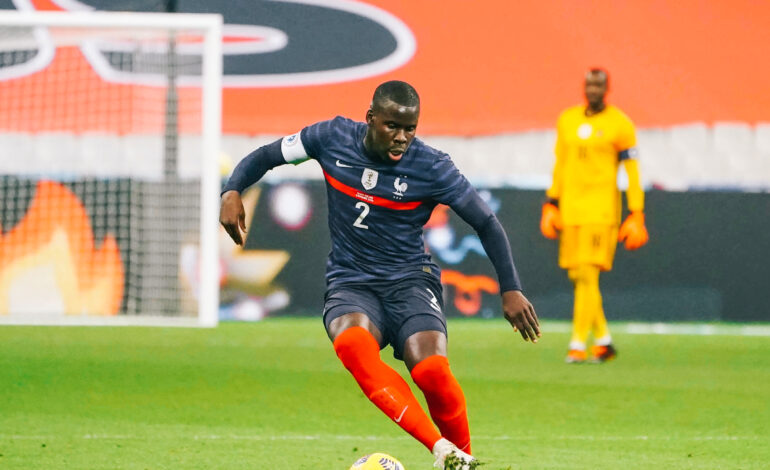 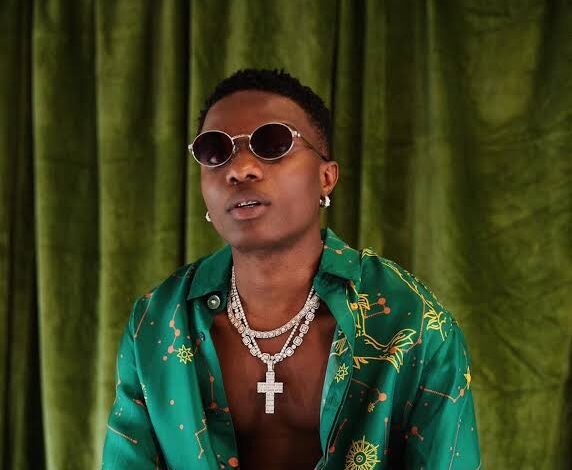 WIZKID ANNOUNCES COMPLETION OF HIS NEXT ALBUM