TRINIDAD AND TOBAGO- The act of rape against women and girls stems from a complex set of patriarchal beliefs, power, and control that persist and normalize sexual violence within our society. As a result, this “culture” perpetuates misogynistic language, objectifies bodies, and glamorizes violence.

In many cases of rapes or sexual assaults, it is impossible to determine the exact numbers, because victims are often scared to report sexual abuse, perpetrators often have latitude and impunity, and victims are stigmatized in their communities and remain silent as a result.

The voices of survivors and activists have been highlighted in recent years by campaigns such as #MeToo, #TimesUp, #Niunamenos, #NotOneMore, and #BalanceTonPorc, but the crescendo has not yet reached most of the world, including Caribbean countries.

WHO ARE THE PERPETRATORS?

About 85 to 90 percent of sexual assaults reported by college women in the US are perpetrated by someone known to the victim; about half occur on a date. The most common locations are the man’s or woman’s home in the context of a party or a date. The perpetrators may range from classmates to neighbors.

The numbers are part of disturbing statistics on rape and sexual offences committed by people known to victims. In 2018, researchers at Glasgow University studied the cases of 991 women in Scotland who had faced sexual assault and rape. The study found that 90 percent of the offenders were known to the victim in various capacities such as boyfriend/lover/husband, family, employer, neighbor, or associate.

Recent UN-supported research on the Caribbean found that in Guyana, most women reporting sexual intimate partner violence reported being forced to have sexual intercourse when they did not want to and nearly as many women reported having sexual intercourse with their partner because they were afraid to refuse. On the other hand, one in every five women in Guyana reported non-partner sexual abuse in their lifetime; with a significant number experiencing this abuse before the age of 18.

One-fifth of Jamaican women reported being sexually abused before reaching 18 years of age. Further one in seven women reported that their first sexual experience was before the age of 15 years. Under Jamaican law, the age of consent is 16 years old; any sexual intercourse under that age is statutory rape.

It was reported recently by the Jamaica Gleaner that ‘Incest is Alive’ in Jamaica. All Caribbean nations can relate to this headline, especially since it is so deeply hidden; victims will generally not report it since the perpetrator is likely to be their father, brother, uncle, grandfather, or cousin. In addition to the stigma/family honor, victims are threatened by perpetrators, which appeals to their emotions and dependence on perpetrators.

Reporting is strongly influenced by a survivor’s relationship with the offender. According to the US Bureau of Justice Statistics, 25 percent of victim’s report crimes when the perpetrator is or was their intimate partner. It is reported that 18 to 40 percent of assaults are committed by a friend or an acquaintance.

Most victims report assaults when the offender is a stranger. It has been found that the Caribbean figures may be higher based on empirical evidence gathered by The Caribbean Voice.

WHY DON’T VICTIMS BRING CHARGES AGAINST THEIR ACCUSERS?

The US Bureau of Justice Statistics states that sexual assault victims don’t come forward for the following reasons:

(1)The fear of retaliation against oneself and one’s family; (2)They believe the police won’t (3) believe them or won’t help them; (4) Feel the assault was a personal matter; (5) Believe it was not important enough to report; (6) Don’t want the offender to get in trouble; (7) Don’t want their families or anyone to know; (8) Don’t have enough proof; (9) Are unsure of the perpetrator’s intent.

In addition, victims may feel responsible or embarrassed about their lack of knowledge or judgment. It may make them feel guilty that they drank too much or engaged in risky, inappropriate behavior. It is possible for young victims living at home to fear that their parents will be angry and unsupportive. Victims in the Caribbean may also be hesitant to disclose their abuse due to shame and the desire to protect family honor

The secretive nature of sexual assault interferes with survivors’ healing and empowers the predators who are likely to continue committing it. As a result of sharing their trauma with supportive professionals, friends, or family members, they may be able to reclaim their lives and bodies, and eventually move past the pain and ensure that sexual predators are brought to justice and others protected.

WHAT TO SAY TO SOMEONE WHO WAS SEXUALLY ASSAULTED?

The US Rape, Assault & Incest National Network suggests using these specific phrases when talking with someone who discloses she or he was sexually assaulted. “I believe you. It took a lot of courage to tell me about this.”

In some cases, victims may be ashamed and feel they will not be taken seriously. Taking the time to listen and believe them is the best thing you can do. “It’s not your fault. You didn’t do anything to deserve this.”

In some cases, victims may blame themselves, especially if they have a personal relationship with the perpetrator. Remind them that they are not at fault. “You are not alone. I care about you and am here to listen or help in any way I can.”

Ensure that their stories are told in a safe environment. Consider whether others in their life can also provide support. “I’m sorry this happened. This shouldn’t have happened to you.”

Recognize the trauma caused by the experience and the negative impact it has had on their lives. You can encourage further communication with comments such as “This must be really tough for you” and “I am glad that you are sharing this with me.”.

When a child is a victim, parents and caregivers should always believe what the child says. Establish an immediate plan with other adults to avoid unsupervised contact with the abused person. It is important to help the child understand that the person who abused him/her did something wrong and that this person needs help to stop hurting other people. Observe the child’s cues about what he or she may need to feel safe.

Demonstrating your willingness to protect the privacy of the child can also make them feel safe. Make sure you get help as soon as possible. 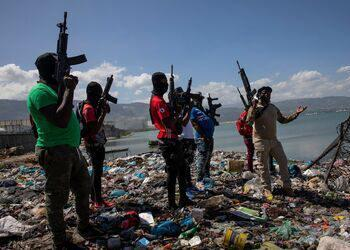 NO END TO GANG WARFARE AS HAITI’S FUEL TERMINAL REOPENS 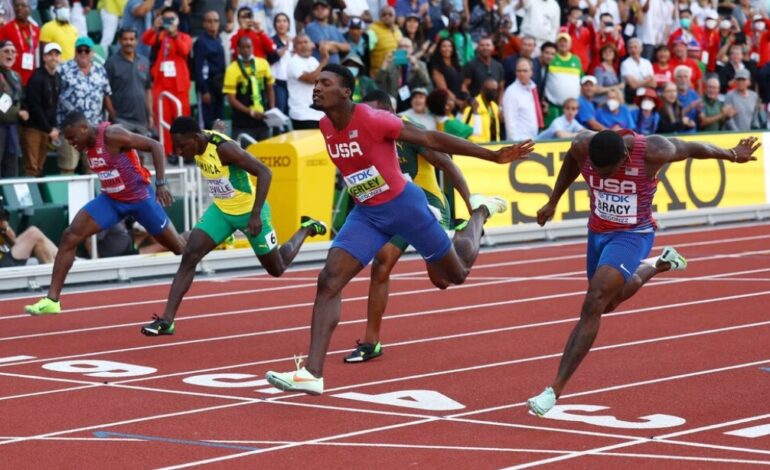