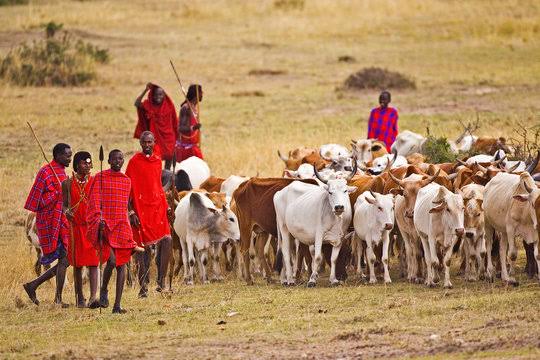 •The East African Court of Justice (EACJ) in 2018 granted an injunction prohibiting the Tanzanian government from evicting Maasai communities from 1,500 square kilometers of ancestral, legally registered land in the Ngorongoro, northern Tanzania.

•The government plans to lease the same parcel of land to a company based in the United Arab Emirates, to create a wildlife corridor for trophy hunting and elite tourism. The move will see 70,000 Maasais displaced.

At least 70,000 Maasai pastoralists risk eviction from their ancestral land in Tanzania after the government revealed a plan to lease the same parcel of land to a United Arab Emirates (UAE) firm.

The move by the East African state comes despite the company’s past involvement in a series of evictions of the Maasai people in the region. To add salt to injury, it has also spearheaded the killing of thousands of rare animals in the area, among them lions and leopards.

Dubbed the Otterlo (sometimes spelled Ortello) Business Corporation (OBC), the foreign company said to be owned by the UAE royal family will create a wildlife corridor for trophy hunting and elite tourism.

According to Wikipedia, trophy hunting is the hunting of wild animals as trophies, with the whole or parts of the hunted animal kept and usually displayed to represent the success of the hunter.

Elite tourism is often described as tourism for the rich and/or famous guests.

The move comes almost five years after the East African Court of Justice (EACJ) granted an injunction barring the Tanzanian government from evicting Maasai communities from the piece of land.

The land of contention is a 1,500 square kilometers (580 square miles) legally registered piece of land in the Loliondo division of Ngorongoro, northern Tanzania.

It is part of the 4,000-km2 (1,544-mi2) Loliondo Game Controlled Area that became a multipurpose area for hunting, conservation and pastoralism.

A US based policy corporation, the Oakland Institute, notes that OBC will be in charge of commercial hunting in the area.

The decision to lease the land to OBC was disclosed to Maasai leaders on January 11, 2022, by John Mongella, the regional commissioner for the Arusha region, according to a statement by the Oakland Institute.

Quoting Mongella, the executive director of the Oakland Institute Anuradha Mittal said the government planned to remove them from their land at some point this year, even if this decision will be painful to many.

A Maasai leader who sought anonymity said that Mongella continuously stressed that leasing the land is in the “national interest” and should therefore also be of priority to the Maasai people.

If successfully leased, at least 15 villages within the proposed area would be impacted by the decision.

For the Maasai pastoralists who have sustainably stewarded the area for ages, the parcel of land that is legally registered in the Loliondo division of Ngorongoro district is key, the Oakland Institute says.

In his view Mittal said the creation of the wildlife corridor and the displacement of the communities would inflame hunger and poverty, since pastoral livelihoods rely on the region’s grazing areas and water sources.

The Maasai have developed a symbiotic relationship that has allowed local ecology, domesticated livestock, and people to coexist in a resource-scarce environment, he added.

“This local knowledge has been largely credited as allowing the large mammal population and ecological diversity to grow under the stewardship of the Maasai,” Mittal told a local media outlet.

“Replacing them with tourists and hunters will likely negatively impact the environment and health of wildlife populations.”

So far, the Maasai leaders have vowed not to leave the area. They have signed a statement to resist the plan.

On January 13, Maasais in their thousands assembled at the Oloirien village, one of the communities in the area. They staged a protest and vowed not to leave the area until the government goes back on the decision.

Already, there were Tanzania Wildlife Authority rangers erecting border beacons for the wildlife corridor. They were forced to leave the area after confrontations with the people of neighboring Malambo village, bringing the protests to a halt. Leaders say protests will resume if the rangers return.

Leaders from other affected villages including Oloirien, Ololosokwan, Kirtalo and Arash have filed an appeal at the East African Court of Justice, seeking the court to halt all plans.

The leaders emphasize that the renewed attempts to grab the same land is a blatant violation of an injunction that prohibited the Tanzanian government from evicting Maasai communities from the area. This case involved violent government-led evictions of Maasai villages in August 2017.

During that period, under the instructions of the government, homes of Maasai families were torched leaving thousands homeless while several residents were apprehended.

The court’s stay order forbids the destruction of Maasai homesteads and the confiscation of livestock. The office of the Inspector General of Police has been prohibited from harassing and intimidating the plaintiffs.

The injunction will remain in power until a ruling on the full case can be heard. A hearing date is yet to be set.

That the Maasai are once again facing eviction to please the UAE royal family shows the Tanzanian government continues to prioritize tourism revenues at the expense of the Indigenous pastoralists who have sustainable stewarded the area for generations,” Mittal said.

Tanzania’s economy is highly dependent on the private sector. Tourism, which seems to be prioritized in this case, only contributes 17.2% to the country’s gross domestic product, and 25% of all foreign exchange revenues.

Before his demise, President John Magufuli announced that the government would shift its focus to several economic sectors, including tourism.

Attempts by the Oakland Institute’s attempts to reach out to OBC for a comment went unanswered.

The Tanzanian government’s plan to evict the Maasai from Loliondo is not the only one in motion, but is rather part of a larger plan to resettle communities in the region to create space for a conservation area, tourism and hunting.

For the neighboring Ngorongoro Conservation Area (NCA, there are plans to relocate another 80,000-plus Maasai within the UNESCO World Heritage Site to allow implementation of multiple land use.

In the word, the NCA is considered one of the most cinematic landscapes, seeing over 1 million wildebeest migrate through the area. It is also home to the critically endangered black rhino (Diceros bicornis).

As revealed by Mittal, the first group of the Maasai is expected to be relocated at the end of this month, February.

The proposal by the NCA plan is to to divide the conservation area into four zones. At least 82% of the area currently accessible for pastoralism will be designated as a conservation area, and the remaining 18% will be classified as multiple land use for human and wildlife.

The over 150,000 evicted pastoralists in Ngorongoro district, including those from Loliondo, are set to be resettled to this 18% of land.

A Maasai activist and community representative, who sought anonymity, has appealed to the Tanzanian government to put a stop to its plans to evict communities and wait until the court case is heard and determined.

“The myth of protected areas takes away not only our rights as people but our ability to exercise our responsibilities related to land,” the leader said as he appealed for international support on behalf of his community, noting that Tanzania is a signatory to the U.N.’s Universal Declaration of Human Rights. 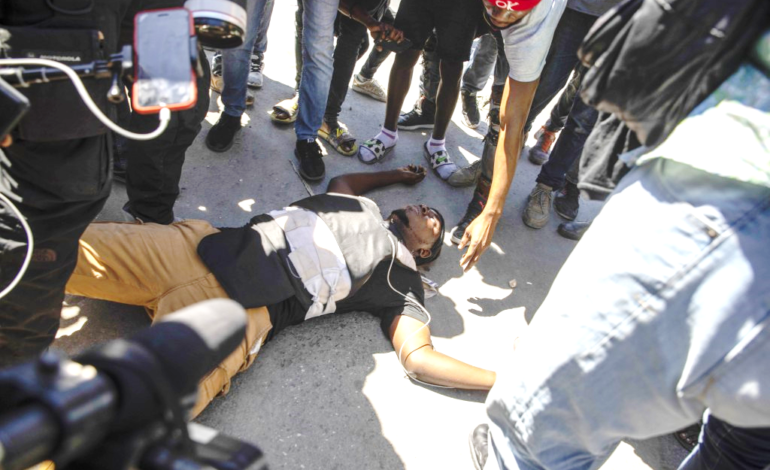