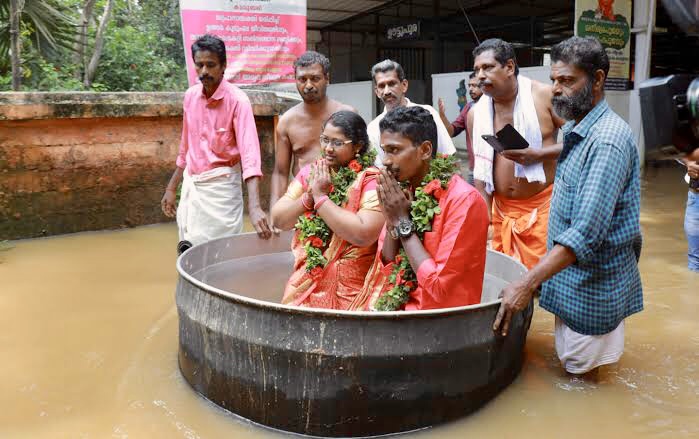 Kerala, INDIA- A couple has sailed across submerged streets in a massive cooking pot to tie the knot as heavy rain floods lashed the southern state of Kerala.

The bride and groom identified only by just their first name Akash and Aishwarya, borrowed the aluminium cooking pot from a local temple to get through floodwaters and reach their wedding venue.

They were assisted by two men cautiously pushing the makeshift boat, as the cameraman was seen wading through the water in an attempt to capture their unusual trip down the aisle.

Images that have gone viral on social media showed, smiling in the face of adversity.

The couple was determined not to miss their big day amid the heavy rainfall in Kerala which has caused serious flooding and deadly landslides, which their venue was partially flooded.

“It has turned into a wedding which we never imagined,” said the bride Aishwarya.

The newlyweds said they had initially planned a small event with a limited number of family members, but that interest after the images were posted online made them feel as though they had shared their special day with many others.

Both husband and wife are healthcare workers, the groom Akash, said they had booked their wedding date a while ago and did not want to postpone it as they did not know when they would be able to book more time off from work. He added that the cooking pot was “the only option” available at short notice.

Officials said that extensive flooding and landslides caused by heavy rains have killed at least 28 people across the state.

Images showed cars, buses, and a house submerged by the floodwaters after heavy rains battered Kerala over the past four days. Residents were cut off in parts of the coastal state as rain intensified rivers burst their banks and roads flooded.

The government said it had evacuated thousands of people as rescuers searched for possible survivors on Monday as the army, navy, and air force assisted with 100 relief and rescue operations camps. 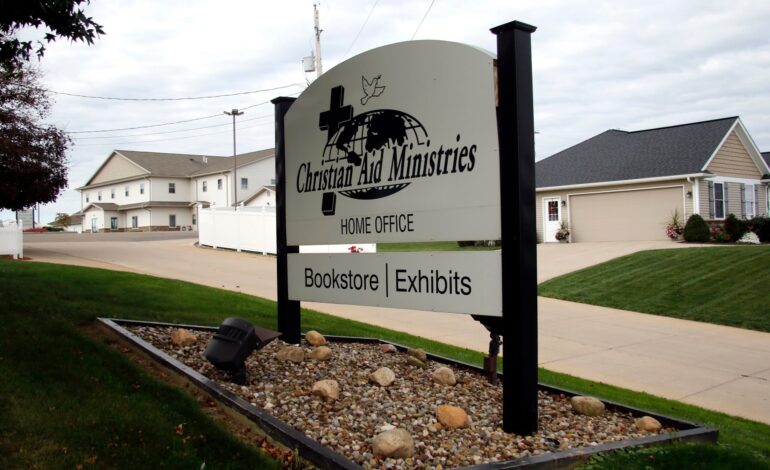 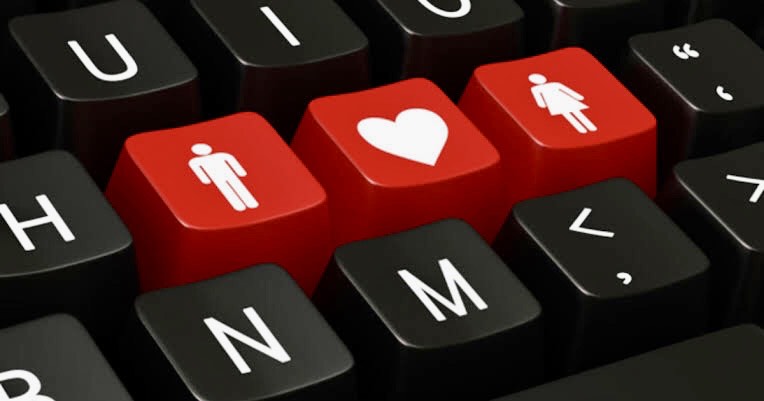