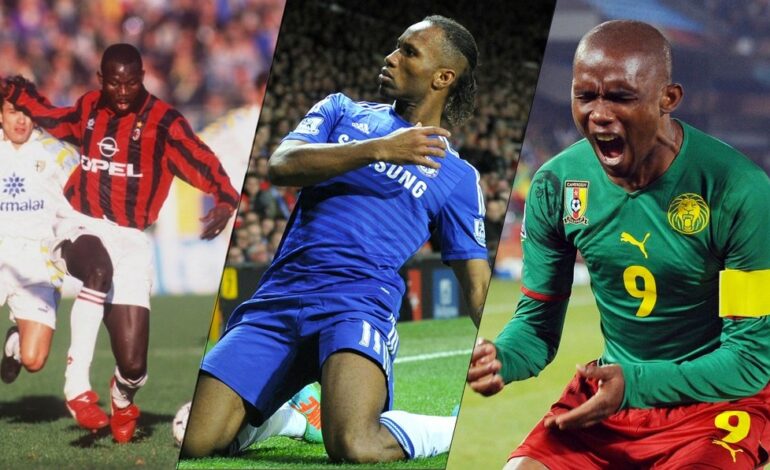 We are familiar with a number of world-class football players from across the African continent, which has emerged as a breeding ground for extraordinary talent. A number of African players have permanently impacted the game. In this article, we list the greatest African footballers to have graced the football pitch.

Weah, known as “King George,” was one of the greatest African footballers of the late 1990s. His football prowess saw him win numerous trophies with AC Milan, PSG Monaco, and Chelsea. He was known for his quickness and goal-scoring instincts.

In 1995, he became the first player from Africa to ever win the Ballon d’Or, European Footballer of the Year, and FIFA World Player awards.

Weah was a citizen of Liberia, a small country with 5 million people. Although he never experienced national team success, he served as an example for many African footballers.

Many people will argue that Milla is the best African player, and they have a point. He was a beast. Over the course of 794 games in his professional career, Roger Milla scored 438 goals.

He twice received the African Player of the Year award and twice led Cameroon to victory in the Nations Cup. He was the third-highest goalscorer in 1990 and made the World Cup all-star squad. In 1994, Milla, then 42, became the oldest player to ever take the field in a World Cup final.

The Cameroonian international is widely regarded as one of the finest and most decorated African footballers of all time, having won three Champions League titles (two with Barcelona and one with Inter Milan).

He is the only African footballer to have been named African Player of the Year four times, more than George Weah, Abedi Pele, and Didier Drogba.

He was named African Cup of Nations all-time best scorer and is the only player to have scored the most goals for Cameroon, with 55 in 112 appearances.

The Chelsea icon is next on our list of the greatest African footballers! During his stay in England, no Premier League player has had a larger influence than him. He was a key member of the Blues, winning a slew of domestic trophies.

He was recognized as Chelsea’s best player in 2012 after leading the team to Champions League victory that year. Additionally, he twice won the African Footballer of the Year title.

The best midfielder in Africa may be Yaya. You cannot forget Yaya when thinking of a great football player. His trophy collection began with Barcelona, where he won the Champions League and La Liga. This success attracted interest from several of Europe’s premier clubs, and Manchester City was fortunate to land him.

Toure was a key component in creating the contemporary Manchester City, and in 2011, he assisted City in winning three championships as well as the FA Cup.

He won the African Footballer of the Year title twice while playing for the national team, which helped him win the African Cup of Nations in 2015.

Jay-Jay is unmatched in terms of pure talent and cunning; he was named twice for his abilities. He was a fixture on every squad he played for and was capable of dribbling an entire team. He received multiple individual honors, including two BBC African Player of the Year awards, and his country and himself both won Olympic Gold and the African Cup of Nations.

He was a crucial offensive component in Olympique de Marseille’s historic victory in the 1993 Champions League. It was the only French club capable of hoisting the UCL trophy until recently.

The “Maestro” was a quick, talented, and skilful dribbler. He led Ghana as captain and finished third among all scorers with 33 goals in 67 games. In 1992, he guided his nation to victory in the African Cup of Nations, winning the award for the event’s star performer.

Mane won the Premier League championship in 2020, Champions League in 2019, Uefa Super Cup in 2019, FifaClub World Cup in 2019 and Africa Cup of Nations .Sadio Mane signed for Bayern Munich, and it was an important achievement for the Senegalese international.

Mohamed Salah has been Liverpool’s most consistent performer over the last four years. One of the fastest wingers in the world, Salah is also great with the ball at his feet and can find the back of the net no matter how cramped he might be for room.

He holds two Golden Boots, a PFA Player of the Year trophy, and a Champions League champion’s medal at Liverpool as a Reds player.

Mohamed Salah recently became the only African player with the most goals in the Premier League (113).The pinnacle of his career while with Egypt was leading the nation to the 2018 FIFA World Cup. 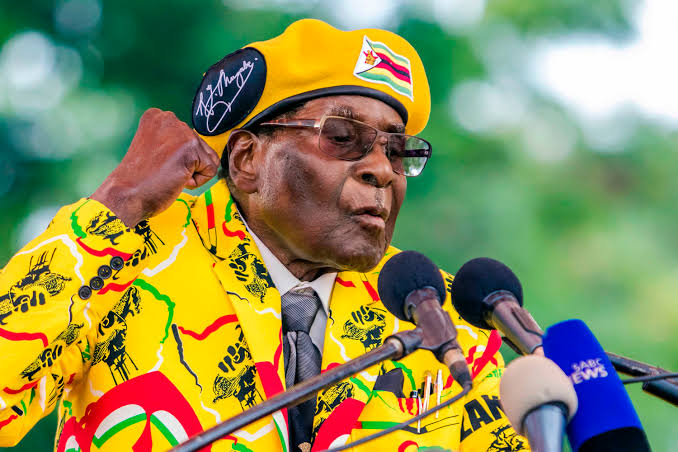 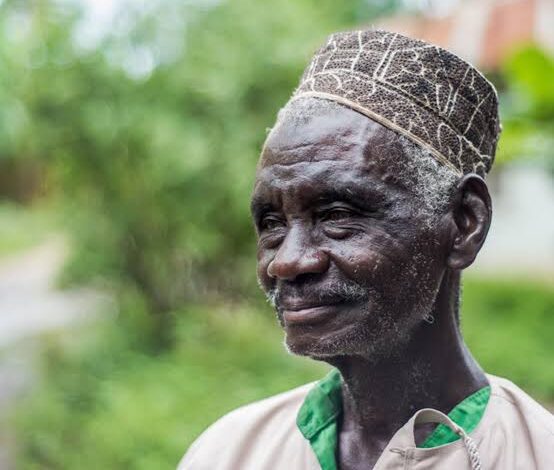 AFRICANS LIVE LONGER, HEALTHIER LIVES THAN THE REST OF THE WORLD