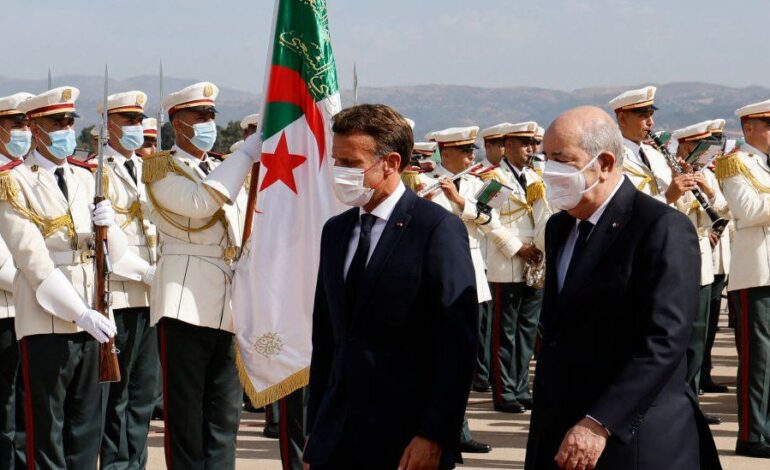 As he began a three-day visit to the former colony, President Emmanuel Macron said France and Algeria should look past their “difficult” shared history and into the future.

“We have a complex, painful common past, and it has at times prevented us from looking at the future,” Macron said after meeting Algerian counterpart President Abdelmadjid Tebbouneon Thursday.

He claimed that they discussed how to bring stability to Libya, the Sahel, and the Western Sahara problem.

Algerian colonial domination by France and the bloody independence war that brought an end to it in 1962 have dogged bilateral relations for decades.

Because of the crisis in Ukraine, which has increased demand for North African gas in Europe and increased migration over the Mediterranean, relations with Algiers have grown increasingly significant for Paris.

The visit takes place less than a year after tensions between the two countries spiked during a month-long diplomatic crisis, which occurred 60 years after the nation of North Africa gained independence from France. Algeria’s standing as a major partner in supplying gas to the European Union has been strengthened by the conflict in Ukraine 🇺🇦.

In an effort to heal the still tense relations between the two nations, Macron has recently taken unprecedented efforts to admit torture and killings committed by French troops during Algeria’s 1954–1962 war for independence. But despite numerous symbolic steps, France has not yet apologized for its role in the war, as Algeria has long demanded.

Following the completion of France’s troop pullout from Mali 🇲🇱 earlier this month, Macron will meet with Tebboune again on Friday in the company of the French army chief, the defense minister, and the foreign minister to discuss peace and stability in the region. Paris continues to keep troops throughout the greater Sahel, with the focal point of the operation now in Niger 🇳🇪.

FACING CRIMES OF THE PAST

French President Emmanuel Macron finished his trip to Cameroon 🇨🇲, Benin 🇧🇯, and Guinea-Bissau 🇬🇭 in late July 2022. His choice of nations appears to be illogical at first. Cameroon, Benin, and Algeria, three former French colonies, and Guinea-Bissau, a former Portuguese colony, appear to be significantly distinct from one another.

Macron’s trips illustrate a narrative in which France is atoning for its colonial atrocities while still attempting to preserve the clout it acquired via colonization.

The 44-year-old has worked hard to put traumatic moments in France’s history behind him.

Macron, the first French president to be born after Algeria’s acrimonious and protracted battle for independence came to an end, branded the colonization of the nation “a crime against humanity” and said it was time for France to “look our past in the face.”

He also commissioned a report by Algerian-born French historian Benjamin Stora on the colonial era in the North African country, although he ruled out making an official apology.

In 2021, France returned more than a dozen artefacts looted from Benin by colonial forces in 1892, soothing a source of friction between Paris and its former possession.

The wish to confront painful episodes from France’s history extends beyond the countries it colonized, with Macron earlier last month marking the 80th anniversary of the round-up of Jews in Paris during World War II.

In 2018, Macron recognized the responsibility of the French state in the 1957 death of a dissident in Algeria, Maurice Audin, admitting for the first time the military’s use of systematic torture during the war. He later made a key decision to speed up the declassification of secret documents related to the war, amid other gestures.

It may appear that Macron uses the growing desire for a more fundamental decolonization of African countries as a cover to maintain his influence on the continent given that Algeria is a significant partner in supplying gas to the European continent as a result of the conflict in Ukraine.

This could be considered Macron’s version of decolonization, which aims to restore the past while reversing the process through intervention. 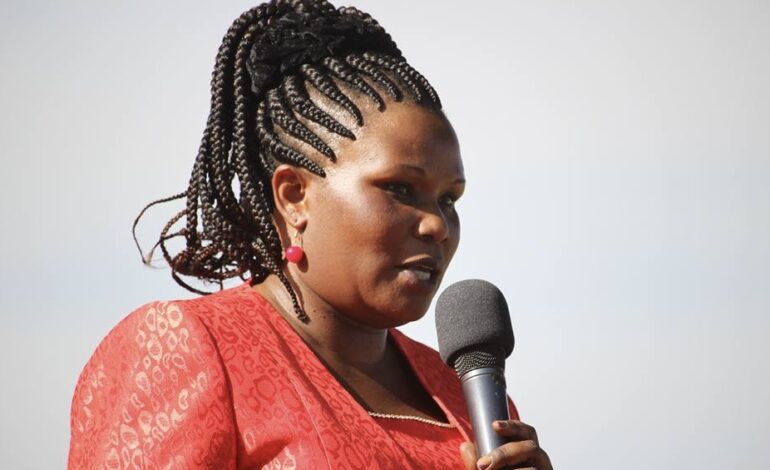 FROM A HOUSE HELP TO GOVERNOR- KENYAN FEMALE GOVERNOR 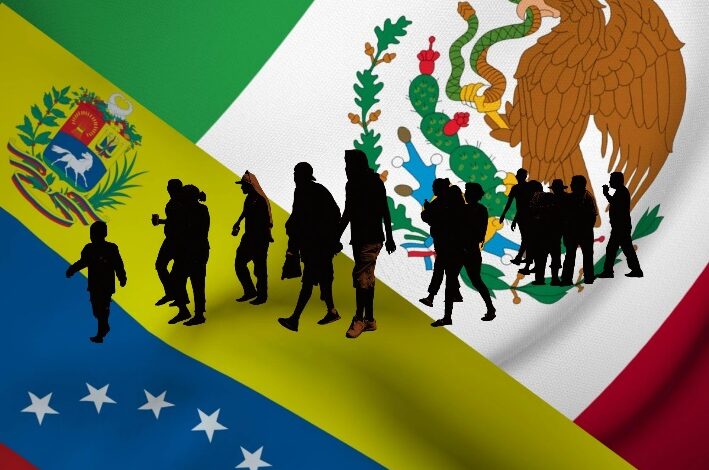