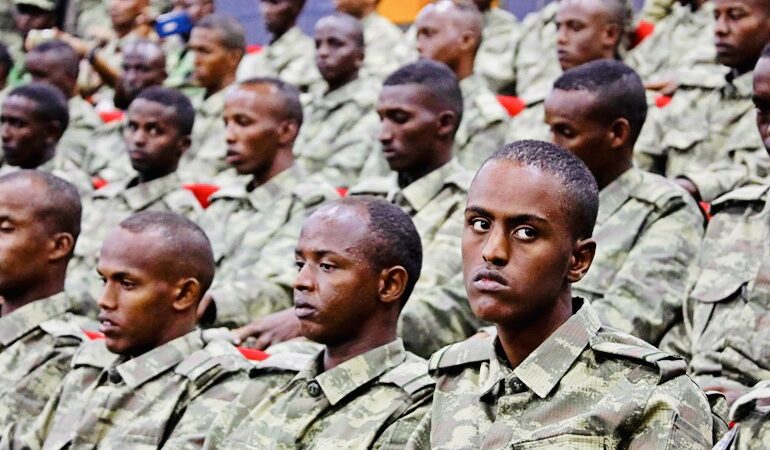 Three years after a controversy about their recruitment surfaced, the contentious Somali army trainees in Eritrea made their first public appearance.

With the new president Hassan Sheikh Mohamud, who is touring Eritrea on a four-day trip loaded with political importance, the troops were pictured at a parade on Saturday.

Mr. Mohamud is in Asmara to meet with Isias Afawerki, his counterpart. The two were spotted at the training facility where hundreds of Somali youngsters were being trained in Eritrea under the leadership of his predecessor, President Mohamed Farmajo.

In May, when Mr. Mohamud took over as president again, there were concerns about how the two nations would interact in light of allegations that Somalian troops had fought with Eritrean troops in Ethiopia’s conflict with Tigray rebels. The accusations have been dismissed by Asmara and Mogadishu.

According to reports, three years ago, roughly 5,000 cadets were sent to Eritrea for military training. However, Mr. Farmajo’s administration found itself at odds with their presence in Eritrea when lawmakers, particularly the opposition, claimed that parents were worried about their missing kids.

The parents protested in Mogadishu because they claimed that the federal government of Somalia transferred their sons to Eritrea for military training after sending them for employment in Qatar.

The situation deteriorated when the UN Human Rights Council reported that Eritrean forces crossed the border into Ethiopia to battle the rebel Tigray Peoples’ Liberation Front with Somali forces (TPLF).

The claims were denied by President Farmajo’s administration. Former Information Minister Osman Abukar Dubbe refuted the allegations in June 2021, claiming that there were no Somali troops that participated in or lost their lives in the Tigray conflict.

“There are no Somali forces present in Ethiopia’s problematic area, “he declared.

On May 23, Mr. Farmaajo transferred the presidency to Mr. Mohamud in Villa Somalia, the residence of the president. He said that the 5,000 troops had finished their training in Eritrea in the middle of 2021 during the event. They may be used to free areas of Somalia that the terrorist organization Al Shabaab still controls, he claimed.

“My brother, 5,000 soldiers had been trained in Eritrea. I assure you they will help your government overcome security problems…they are ready, and you can bring them home anytime,” he stated.

He also claimed that because of the political unrest at the time, his administration was unable to bring them home.

President Mohamud is anticipated to wrap up bilateral discussions with his host while in Eritrea. Formerly accusing Eritrea of backing Islamist militants, Somalia today has cordial ties with the country. Since Abiy Ahmed was elected Addis Ababa’s new prime minister in 2018 and his offer of an olive branch, the two nations and Ethiopia have been advancing toward one another.

President Mohamud has been to the UAE, Turkey, and now Eritrea since taking office in late June as part of his attempts to strengthen ties with the nation on the Horn of Africa. 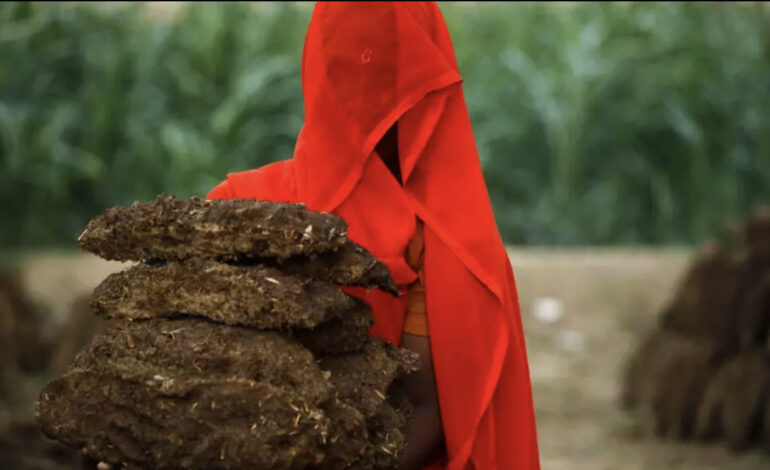 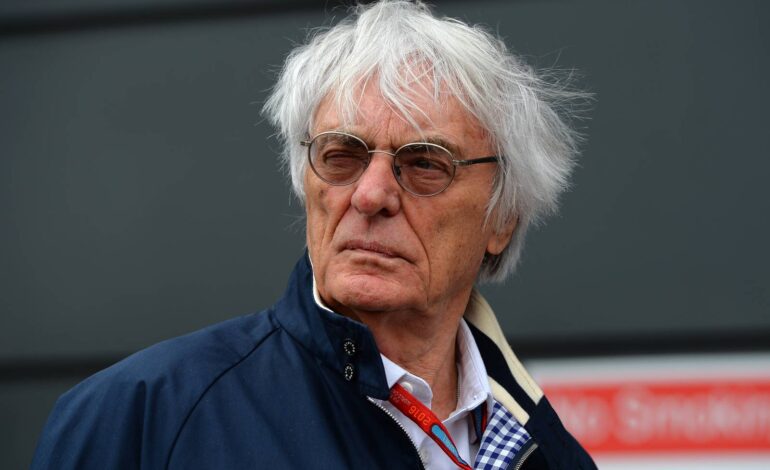