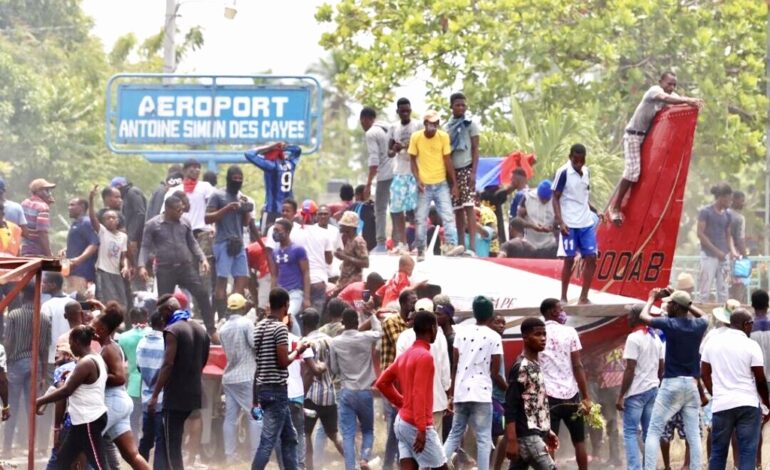 Thousands of protesters took to the streets to demonstrate against insecurity, kidnappings, and the control of Martissant (the southern entrance to the capital) by gangs, as well as against the rise of airfares for local flights.

In an uproar, the demonstrators attempting to assert their claims at the regional airport Antoine Simon came into contact with the police who refused to allow them entry. Demonstrators and police clashed during which rocks and bottles were thrown and tear gas canisters, grenades and rubber bullets were fired.

The unidentified individuals took advantage of the confusion and panic at Antoine Simon airport by entering the runway, vandalizing, and burning a small 8-seater “Piper Navajo Chieftain” plane registered N600AB. It belonged to the American group “Agape Flights” based in Venice (Florida) which has been transporting freight, mail and humanitarian aid to missionary families throughout Haiti every week for the past 40 years.

Currently, only flights to Les Cayes have been suspended, said Sunrise Airways CEO Philippe Bayard, stating “We have stopped the flights and we will see what type of security they will put in place at the airport because we cannot endanger the people who work with us, the passengers or the plane.”

The assessment of the demonstration meant to be peaceful was complied by the Public Prosecutor’s Office at the Court of First Instance of Les Cayes, Pierre Yves Lesage, the spokesman for the National Police of Southern Haiti, several journalists and witnesses;

• A total of four (4) police officers have been injured, injured by stones thrown at them, and are hospitalized at the OFATMA hospital in Les Cayes;

• The Director of the Immaculate Conception Hospital in Les Cayes (HIC) noted that three (3) victims had been slightly injured by bullets (from undetermined origins) and had already returned home;

• 1 dead, Claude Ac, originally from Maniche according to the legal report drawn up by the additional judge of the Peace of Les Cayes Me Pierre Richard Ligonde;

• At least a dozen demonstrators were injured;

• The Antoine Simon airport control tower was damaged and equipment was taken away by unknown persons;

• Part of the fence protecting the airport was damaged;

• Part of the airport runway surface was affected by fire

Reacting to these acts, Prime Minister Ariel Henry declared “I strongly condemn the violence by demonstrators which led to the burning of a plane at Les Cayes airport.”

I have instructed the public authorities to put public action in motion against the perpetrators of these subversive acts so that they are severely punished.” 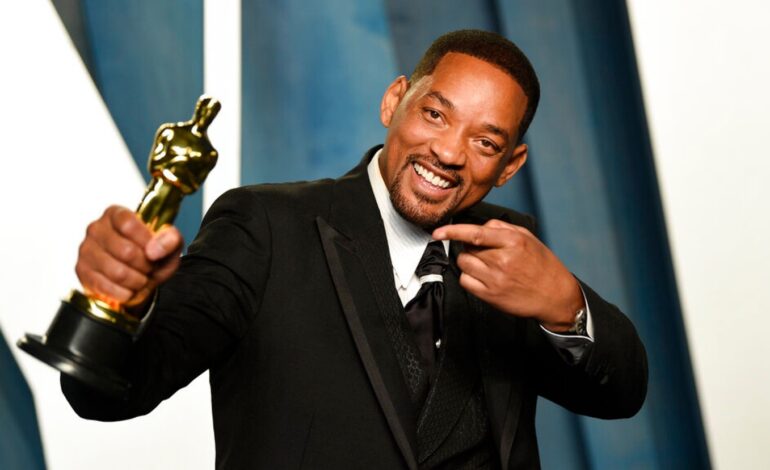 WILL SMITH ALLEGEDLY REFUSED TO LEAVE THE OSCARS 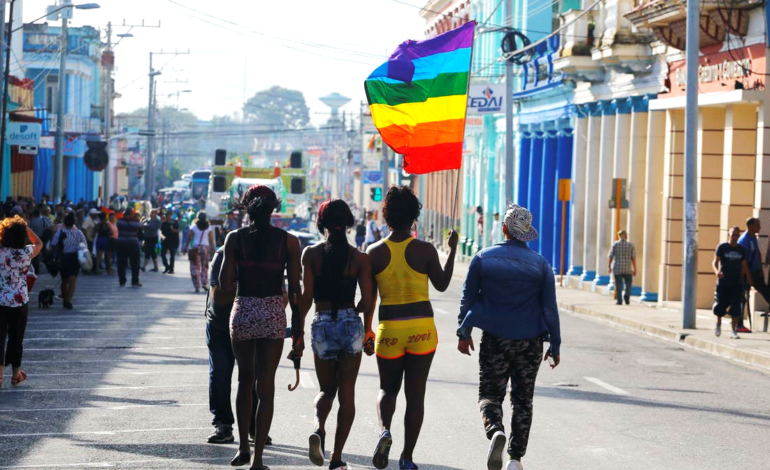